And we’re back!  Sorry you haven't had a food post from me in so long.  It’s been pretty crazy at my house with lots (anywhere between 2 and 10) of my nieces and nephews running around in the last month or so.  It was loads of fun!  But now we’re back to normal.  Time for tea!

I don’t remember if Julie mentioned this, but we did base our tea party on a particular piece of literature.  As many of you know, tea is an essential part of English culture, so we could have pulled our recipes from just about any British book.  We focused our search to the Victorian Era of literature (during Queen Victoria’s reign, 1837-1901) and chose to settle on one of the most hilarious plays ever written, and certainly the funniest from the Victorian Era: The Importance of Being Earnest, by Oscar Wilde.
I’m sure anyone who has seen the play or movie is bouncing up and down with excitement.  If you are unfamiliar with this play, I’ll give you a quick synopsis.  Be warned – you might get a little confused.  It’s the nature of the play. (For those who have read/seen the play, you can skip this next paragraph.)
Jack Worthing lives a boring life in the country, and so pretends he has a wayward brother named Ernest, who often gets into trouble so that Jack must go to London to sort out his problems.  While in London, Jack calls himself Ernest so he can party with his good friend Algernon and court his love, Gwendolen.  Algernon, in turn, has an overpowering aunt that he likes to run away from, so he has invented a dear sickly friend named Bunbury who he must go to the country and attend to often.  One day, Algernon learns Jack’s secret that his real name is not Ernest, and also that Jack has a young and beautiful ward, named Cecily, who lives at his home in the country.  So Algernon tells everyone that he is going to visit poor sickly Bunbury, and then sneaks off to Jack’s home to meet Cecily.  There, Algernon introduces himself as Jack’s younger brother, Ernest, and he and Cecily quickly fall in love.  Chaos quickly ensues when Gwendolen comes to the country and meets Cecily, and they both profess to be in love with “Ernest.”
There’s so much more to the story.  Every line is packed with wit, and the plot is intricately woven with heavy irony.  I highly recommend watching the newer movie, which has Colin Firth as Jack, Rupert Everett as Algernon, Frances O’Connor as Gwendolen, and Reese Witherspoon as Cecily.  These actors are amazing, and they leave you howling with laughter as you watch.  It’s also fairly true to Wilde’s original script.
The following scene is my favorite part in the play, when Cecily and Gwendolen think they are both engaged to the same man, Ernest.  As such, they are very upset with each other.

Cecily: May I offer you some tea, Miss Fairfax?
Gwendolen: [with elaborate politeness] Thank you. [Aside.] Detestable girl! But I require tea!
Cecily: [Sweetly.] Sugar?
Gwendolen: [Superciliously.]  No, thank you.  Sugar is not fashionable any more. [Cecily looks angrily at her, takes up the tongs and puts four lumps of sugar in the cup.]
Cecily: [Severely] Cake or bread and butter?
Gwendolen: [In a bored manner.]  Bread and butter, please.  Cake is rarely seen at the best houses nowadays.
Cecily: [Cuts a very large slice of cake, and puts it on the tray.]  Hand that to Miss Fairfax.
[Merriman does so, and goes out with footman.  Gwendolen drinks the tea and makes a grimace.  Puts down cup at once, reaches out her hand to the bread and butter, looks at it, and finds it is cake.  Rises in indignation.]
Gwendolen: You have filled my tea with lumps of sugar and though I asked most distinctly for bread and butter, you have given me cake.  I am known for the gentleness of my disposition, and the extraordinary sweetness of my nature, but I warn you, Miss Cardew, you may go too far. (Wilde 2250-51)

Soon after this, Algernon and Jack enter to reveal that actually neither of them are called Ernest, which leads to an even bigger upset.  It’s greatness!
Okay, so you may have noticed that this scene deals with tea.  This is largely what we based our tea party menu on (although there’s another piece to this scene that I’ll address in a later post, which includes even more teatime treats).  Julie already told us about tea and butter.  Now we’re going to talk about cake, and tomorrow bread.
When we originally put this tea party together, I was searching for a teacake recipe, not a cake recipe, because “teacake” was mentioned in Jane Eyre, by Charlotte Bronte (this was before we settled on just using Importance of Being Earnest).  Teacake is different from cake – it’s more like a thick shortbread cookie.  So it doesn’t really go with what’s mentioned specifically in the scene from Earnest, but it is a classic English teatime treat.  And trust me, you do NOT want to miss out on these babies!  They were a huge hit at our little party. 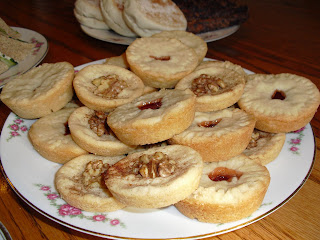 We did a half recipe, which seemed like plenty as we were baking them.  However, these little treats were the first to go!  They were absolutely delicious, and I’ve been craving them ever since.  And the great part is, they’re super easy and don’t use that many ingredients.  I highly recommend you try them, too!  Seriously, of all the sweets I’ve made for this blog, this is definitely my favorite.  I think cake is rarely seen in the best houses because it’s eaten up immediately!
Be sure to watch or read The Importance of Being Earnest!  You won’t regret it!  If you would like a little taste of what the tea scene is like acted out, click here to watch a clip from the movie (go to 8:51 to start at the beginning of the scene, 12:44 to just watch the part that I quoted).  Enjoy!

Now I have to go watch the movie. Every time I hear about English tea I think of that scene. But the part with the "Earnests" is the best when they fight over the muffins.
I'm not a big fan of shortbread, but I'd be willing to try these.

I'm with Sarah, the muffin fight's the best. Those ought to be good, with all that butter!

Mary, your source citation is so perfect it cracks me up. I could never do MLA to save my life. (that is what it's called, right?) 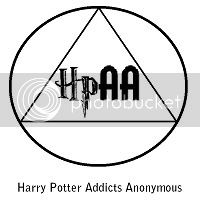