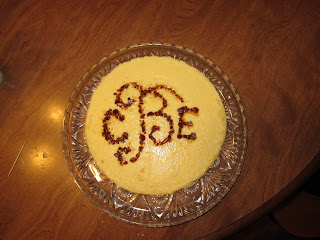 Sometimes you just have to feature the classics. Today, that classic is Madame Bovary, by Gustave Flaubert, which takes place in semi-rural 19th century France.


Most of the time when I blog about food from a particular book, it means that I like the book. Not in this case. In fact, I quite detest this book.
*Gasp!*  A girl with an English degree who hates Madame Bovary?  How could I?

The real question is, how could I not? This story is all about an extremely selfish woman who has a great life and completely ruins it because she is greedy, envious, lustful, immature, and whiny. She is a sad excuse for a woman, and it makes me angry that she has become a pinnacle character in western literature.

Of course, the writing is beautiful, and the characterization is amazing.   But I can’t like a book when I hate the main character.

The thing with Madame Bovary, though, is that the food plays an essential role in the progression (or regression) of the title character. You see, Emma Bovary’s life falls into a negative spiral because she experiences little tastes of luxury, and wants more and more until she is incapable of being happy. Her first taste of luxuriousness was at her wedding, where her family served her and Charles (the groom) a beautiful French feast.
Enter French Flan. Gustave Flaubert describes it through Emma and Charles’ eyes, who have never experienced such extravagant food:
“Big plates of yellow custard shuddered at the slightest bump of the table; they had the initials of the newlyweds traced on their smooth surfaces in arabesques of sugared almonds” (24-25).
Now, flan has a bad rap here in America because of Mexican flan. Mexicans do so many foods right, but flan is not one of them. Yellow Jello? No thanks.

If you don’t know, flan is simply a thick, mostly solid custard, just like Flaubert described. But instead of using gelatin to get that consistency, the French do it the right way – with lots of eggs, and some sort of thickener. I used cornstarch, but the more historically accurate way would have been with flour. I normally would use the more historically accurate method, but I was pressed for time preparing for a sudden and long trip to Finland, and I didn’t do enough research. Sorry! For a more true-to-the-times recipe, click here.

Here is the recipe I used, below. It was thick, rich, and very luxurious.  As a side note, I chose a crustless recipe on purpose.  This is because Flaubert describes that the yellow custard "shuddered" (a.k.a. jiggled).  I didn't see this happening with a crust to hold its shape.  That's the main reason I chose this recipe.

In a large saucepan, add first the dry ingredients starting by cornstarch and sugar. Stir to combine. Add the egg yolks and combine until you get a smooth mixture. Add the cream and the milk at the end.
Place the saucepan on the stove, and bring the mixture to a boil over low heat while stirring constantly. Cook the mixture for about 10 minutes while keeping stirring.
Cover the bottom of a springform pan with parchment paper. Butter and flour the sides.
Pour the mixture in the pan. Reserve at least one hour in the fridge.
Preheat oven to 340°F and bake for 15 minutes.
Leave a room temperature to cold. Unstick the sides with a knife and remove the flan from the spring-form pan. Serve cold.

Confessions time: I cheated and used butter + milk instead of cream, since I didn't have any on hand.  I also didn't use a springform pan -- I just used a regular 8" round cake pan.  Even with these cheats, everything turned out fine.

For the sugared almonds tracing the couple's initials, I should have used this recipe, but again, I was in a hurry and only did cursory research.  So here's what I actually did, below.  I also used almond slices instead of whole almonds, which I later crushed to make them easier to work with.


Sugared Almonds
View original recipe here
Heat almonds, sugar and butter in a heavy skillet over medium heat. Cook, stirring constantly, until almonds are toasted and sugar is a golden brown, about 15 minutes. Stir in vanilla. Spread on aluminum foil; sprinkle with salt. Cool and break into clusters.
I kind of botched my sugared almonds by letting them cook too long. As soon as they barely start turning brown, get them off the burner! They’ll keep cooking (and quickly) even after you remove it from the heat).
I crushed my almonds with a rolling pin once they were cool and used the crumbs to monogram Charles and Emma Bovary’s initials onto the custard, as described. The sugar will start to dissolve on the damp custard, so you have to be very careful not to mess up. Either that or create a stencil, which is what I should have done. 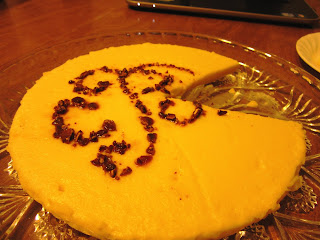 I ate the E first, because I dislike Emma so much and think she ruins everything she’s a part of.  But the flan tasted fabulous!
Posted by Mary J. Locke at 1:55 AM

This looks rich and delicious. What did you do with the rest of the almonds?