Recipes You Should Try!

I don't have any food from literature for you today, but I do have some delicious recipe recommendations!  I don't know what got into me this week -- I just randomly decided to make a bunch of cool stuff.

First, I made homemade hot pockets.  I used biscuit dough for the pockets (from this recipe), rolled it out as thin as I could get it, and then cut it into rectangles.  Then I spread some ranch dressing on the squares and added lots of cheddar cheese, turkey pieces, and cooked broccoli.  Then I sealed them up and baked them for 15-20 minutes.  Added some butter on top before serving.  They turned out wonderfully (way better than actual hot pockets)!  They're great to have in the fridge for a lunch on the go. 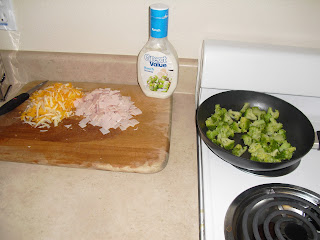 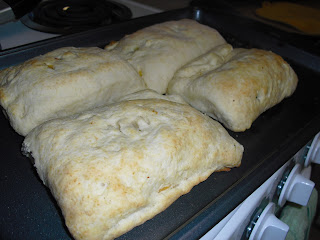 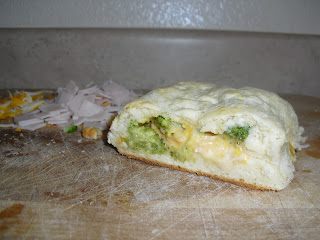 Then I was bored one night, so I decided to make homemade sprinkles!  Anna sent me a recipe for them, and I thought, "Hey, why not?"  You can check out the sprinkles recipe here.  I attempted to do some chocolate sprinkles, but they failed because the cocoa powder made it too dry and thick to push through a pastry tip.  But I made green ones that worked wonderfully!  And they taste like sprinkles should taste!  It wasn't really worth the effort -- a lot easier and faster and cheaper to just buy some sprinkles -- but it was fun to do once. 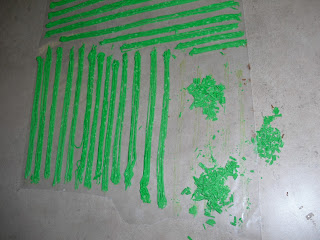 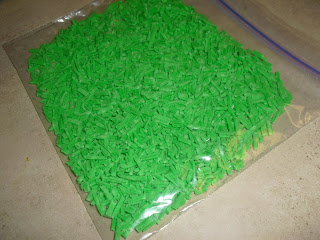 And lastly, I made some Apple Pumpkin Soup!  I had all the ingredients, so I just went for it. And it was amazing!  I will totally be making this again!  It was tart, slightly sweet (but not really), and just all around delicious! 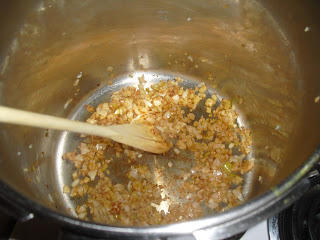 Be advised, though, that it is never a good idea to let a pan sit on a hot burner for a long duration of time and then add oil.  It starts big scary grease fires.  Luckily I acted quickly and got some baking soda on it, which put it out instantly.  But it was kinda freaky for a second there. In case you don't know this already: NEVER put water on a grease fire.  Never blow on a grease fire.  Never go running around with a flaming pan of grease (that's how two girls at SVU ended up in the hospital with 3rd degree burns that required skin grafts).  A level head and some baking soda are all you need.

I also made some stuff we have previously made for this blog:  Shepherd's Pie and Pumpkin Pasties.  I brought the pumpkin pasties to workshop, and they were a huge hit.  (It helped that this time I mixed cinnamon and nutmeg into the pie crust dough, and mixed a little salt in with sugar to sprinkle on top).

This is why I love fall!  There are so many delicious treats to make.  Baking season is upon us!  Rally your hot pads and taste testers!  This season promises to be delicious!
Posted by Mary J. Locke at 12:50 PM

I love pumpkin! But it's expensive. Even at Costco, it's $2.50 a can. I'm sure I'd like all those fancy pumpkin recipes out there, but I never make them. I'm actually content with plain old pumpkin pie. I really do have simple tastes, because I don't ever tire of the same things. I still love a good PB&J sandwich for lunch.