10 days until the Harry Potter and the Deathly Hallows: Part 2 opening!  I’ve got my midnight showing tickets.  Do you?

And this is the moment you've all been waiting for!  Now initiating Harry Potter Food Week 2!!!
We didn’t attempt any Honeydukes candy last November, so Anna and I are going to make up for it this time.  We’ve got plans to make some Harry Potter treats that, as far as our Google searches can determine, have never been done before!  Or at least, they haven’t been done properly, according to the books’ descriptions.  Either way, we’re attempting to be innovators in the Harry Potter food universe.  It’s very exciting business, let me tell you.
First off: licorice wands!
Licorice wands are among the many treats Harry buys off the trolley on his first trip on the Hogwarts Express in The Sorcerer’s/Philosopher’s Stone (along with pumpkin pasties).  They also get a bit of the limelight in Half-Blood Prince (Book 6), when Harry is invited to his first Slug Club meeting on the Hogwarts Express.  Professor Horace Slughorn gathers all of his most hopeful pupils and offers them lunch.

“I’ve packed my own lunch; the trolley, as I remember it, is heavy on licorice wands, and a poor old man’s digestive system isn’t quite up to such things....  Pheasant, Belby?” (Rowling, Half-Blood Prince 143-44)

I’ve never tried pheasant, and I must say that my curiosity is piqued toward that particular dish, but I think we’ll just stick with licorice wands today.  Hopefully y'all's digestive systems are more cooperative than Slughorn's.
Licorice wands are never described in any of the books, probably because their title is rather self-explanatory.  They’re licorice sticks that looks like wands, right?  But how do we jazz up a stick of licorice to make it look more like a wand?  This allows for a bit of experimentation on our parts, which is a lot of fun!
If you search for pictures of licorice wands online, you’ll discover that most people take a stick of licorice, dip half of it in some white chocolate, and then dip that same end in nonpareils (aka, those itty bitty spherical sprinkles).  However, I don’t think those look anything like wands.  They remind me more of rock candy than anything else.  From the many pictures I looked at, I developed my own little recipe to make the most wand-like licorice you’ve ever seen. 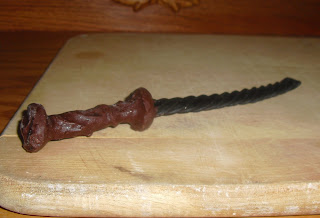 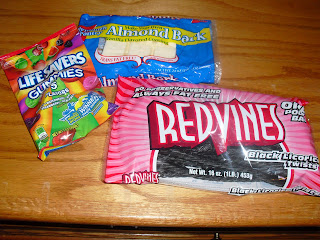 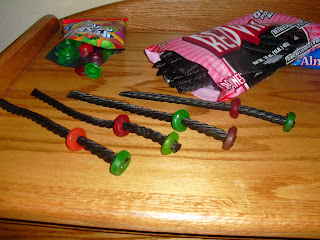 Here are some tips for this process, because it can get a little tricky.
Once your wands are made, you’re ready to practice magic!  As Professor Flitwick says, “‘Swish and flick, remember, swish and flick’” (Sorcerer’s Stone 171).  It’ll be more like “swish and lick” for you, though, since these wands will undoubtedly leave chocolate residue on your palms.  But hey, what is more magical than chocolate?

Or you could just use chocolate almond bark and save some trouble. They do look cool--like a real wand.

Those look cool! But I hate black licorice, and though I love red vines, I don't think they'd go so well with chocolate.

I was just trying to figure out how to make the handle look like a wand, that is a great idea! I bought the red red vines because no one will eat black, I think I'm going to try to coat that in chocolate too so the entire thing looks like wood. thanks for the pictures. 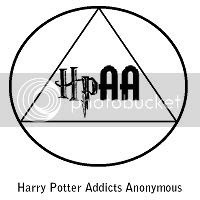